A Turn Towards the Future which Will Preserve the Past 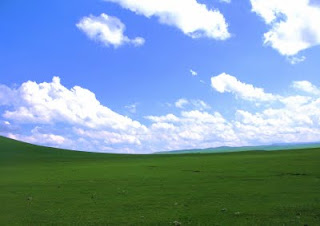 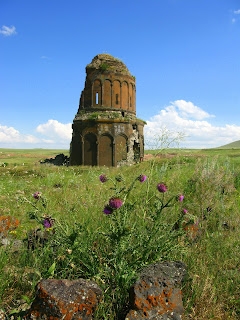 Following my trip to Canakkale (part two of summer series), I was invited with a group of friends to travel to the northeast of Turkey, beginning in Kars and ending in Trabzon. Disembarking from the plane in Kars, on the lone tarmac, I first realized the beautiful and the never-ending blue sky and the green steppe, with hills rolling off into the distance. This landscape would continue all the way to our first stop at Ani, the ancient capital of Armenia. 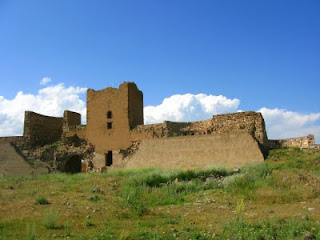 I have to admit that no book or historical knowledge could have prepared me for my visit to Ani. Recently, I presented a paper entitled Remnants of the Past/Present: Armenians, Jews, and Greeks as Historical Living Artifacts, where I address how non-Muslim communities in Turkey are somewhat ghosts from the past, who remain in the present, and in essence become “living artifacts.” Particularly interesting is how many times their architectural structures are preserved within the urban areas, as remnants of “old Istanbul.” In this case, many times the dominant Turkish population is not even aware of the former inhabitants who once thrived in these structures. Also, I mentioned that recently, as with the case with of the famous Edirne Synagogue and the Akhtamar Armenian Church (among other churches), the Turkish government has initiated restoration campaigns, in attempt to preserve Turkey’s “multi-cultural and ethnic” past. However, this often is done on account of the communal past of these non-Muslim communities; in other words, political realities of today are applied to these structures, which are aimed at creating a past which never existed. 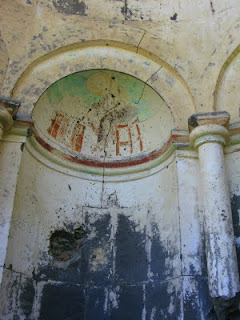 Visiting Ani, was a chance for me to see first hand a whole ancient city that has been seriously neglected due to its Armenian past. Literally, seeing the numerous churches which are in ruins is quite haunting. Walking along the path, one comes across a Selcuk mosque which is well-preserved, leaving me to question if this was a historical coincidence or just another case of the numerous campaigns to preserve the Turkish/Muslim past, while silencing the past of the “other.” With Ani being placed on the Turkish side of the Turkish-Armenian border, one can only hope that the recent signing of accords between the two countries will save this rich historical center from years of decay. Happily, as seen in the photographs, one Church is in the height of repairs (and thus was closed) leaving hope that even one day future projects can be the result of a joint Armenian-Turkish initiative.

During the next few days of my trip, Ani became symbolic of all the numerous churches I saw abandoned, in decay, or transformed into mosques, which ironically preserved them f 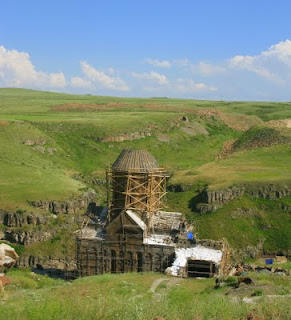 rom destruction. One question, which I was preoccupied with and was related to my talk Remnants of the Past, was how the local Muslim population (whether ethnically Turk or Kurd) construct their identity vis-à-vis these structures, these remnants of the past, that exist without a people. A light of hope hit me when one night at our hotel in Yusufeli (ironically, a town that might be completely wiped out due to an ongoing massive dam project), there was a large group of youngsters from Georgia, who had crossed the border into Turkey to visit ancient Georgian churches, as part of their school curriculum. Lets hope that within a few years, Armenian youth will start crossing the border in order to rediscover their lost past, and give hope to these buildings which have since been long forgotten. 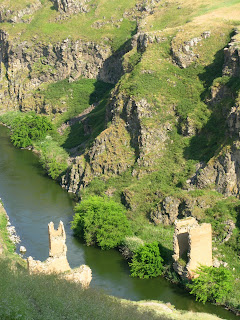 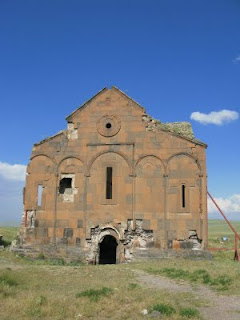